Drones have become a routine part of military operations in Afghanistan and Pakistan. Using data from the Bureau for Investigative Journalism, California-based designers Pitch Interactive have visualised every known attack by the US and Coalition military since 2004. 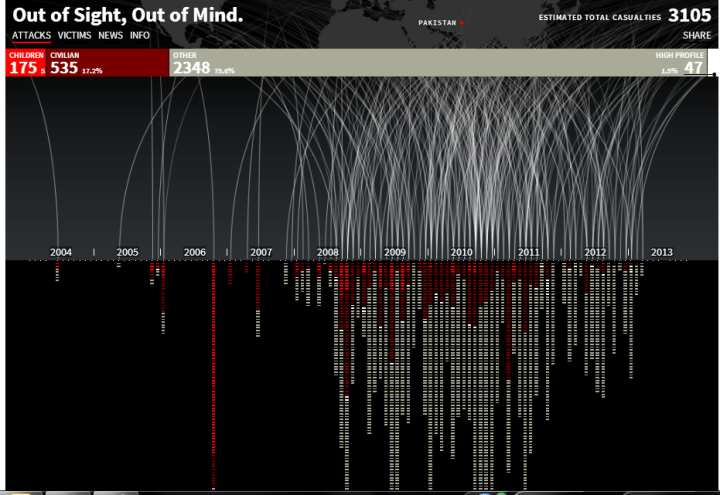 “What is the future of humanity?” This question is by now of vital concern to everyone, because modern science and technology are clearly seen to have opened up immense possibilities of destruction. It soon became clear as we talked together that the ultimate origin of this situation is in the generally confused mentality of mankind, which has not changed basically in this respect throughout the whole of recorded history and probably for much longer than this. Evidently, it was essential to inquire deeply into the root of this difficulty if there is ever to be a possibility that humanity will be diverted from its present very dangerous course. Read full article

Thoughts in a square frame!

The colours: Violet, Indigo, Blue, Green, Yellow, Orange & Red paid a surprise visit to me, on two occasions in my kitchen, on two different days. The magnificence of the cold Sun light is delightful to behold.